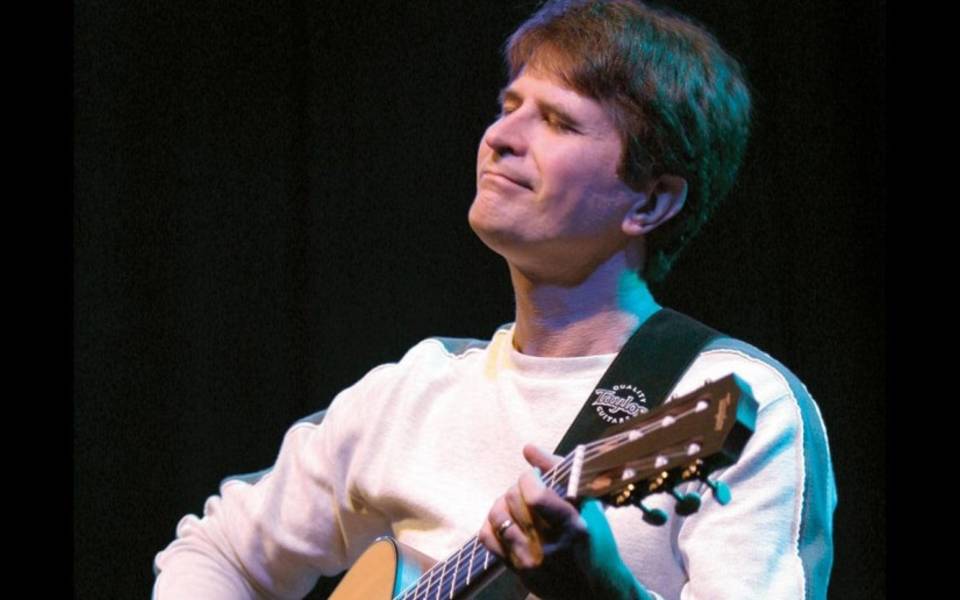 
Pat Kirtley will perform in the Argenta Acoustic Music Series at The Joint Theater & Coffeehouse in North Little Rock on June 18, 2020.
Combining Kentucky tradition with contemporary style, Pat Kirtley is a solo guitarist with a wide repertoire known for its honesty, humor and depth.  He has penned a virtual library of fresh lyrical compositions enjoyed by audiences of all ages and backgrounds.
Pat’s performing skills won him the title of U.S. National Fingerstyle Champion, and in 2006 he was inducted into the National Thumbpickers Hall of Fame. His music has taken him around the world from quaint concert halls to large events, such as headlining Japan’s National Fingerstyle Festival.  As a featured performer, Pat has toured across the USA and internationally in Asia, France, Germany, Portugal, Italy, Netherlands and Austria.  His warm, personal stage presence garners smiles and praise wherever he goes.

Pat has produced numerous instructional videos and books.  He co-produced and appears in the respected “World of Celtic Guitar” DVD series from Vestapol Videos, which spawned accompanying books from Mel Bay and CD’s from Rounder Records.  Pat’s newest project is a two-volume instructional DVD on the vintage tunes of Chet Atkins.
Pat has produced five albums that are perennial staples of the acoustic guitar world. Among other projects, he appears on Narada Records’ landmark CD “Guitar Fingerstyle,” which has sold over a quarter million copies.
“He is among the new trailblazers — the bold ones who will take the guitar into the next century”  (John Schroeter, “Fingerstyle Guitar Magazine”)
“Kirtley is one of those all-too-rare musicians able to transcend his influences to create a distinctive, natural sound all his own.“  (David McCarty, “Walnut Valley Record Reviews”)