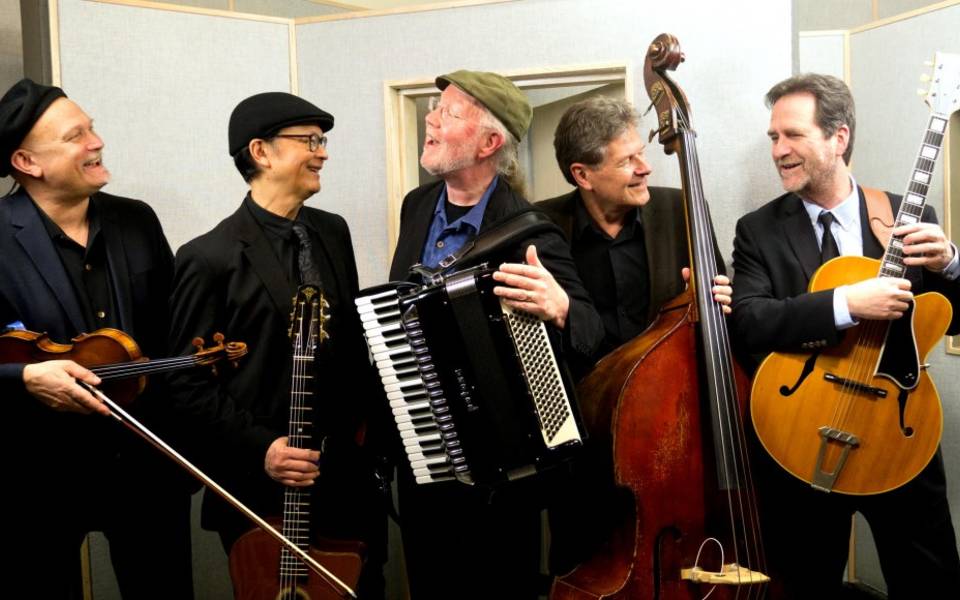 “Pearl Django play(s) gypsy jazz…and they do it with such verve, skill and pleasure that they’re pretty much irresistible to jazz and non-jazz listeners alike.”

The group’s inception was as a trio in Tacoma, Washington in 1994.  The focus of Pearl Django was, and is, to incorporate the music of Django Reinhardt and Stephane Grappelli with American swing music. They quickly expanded to a quintet, adding a violinist and a third guitarist.  In 1999, along with the release of their third and fourth CDs, the group incorporated their own record label, Modern Hot Records. At about the same time, MHR signed a national distribution agreement with City Hall Records in San Rafael, California.  The October 2000 release of Avalon put the group on the national map with seven weeks of Gavin top-forty airplay and current sales of over 17,000 copies.  In May 2001, Pearl Django was featured on All Things Considered.  In June 2002, Pearl Django performed at the prestigious Festival Django Reinhardt in Samois sur Seine, just outside of Paris, France.  As of 2007 Pearl Django is working as both a quartet and a quintet (with accordionist, David Lange) All of the members are contributing original compositions to the band’s expansive repertoire. They have released 13 CDs to date.

“If Paris is the city of love, then Pearl Django’s music is the flirtatious accompaniment.”