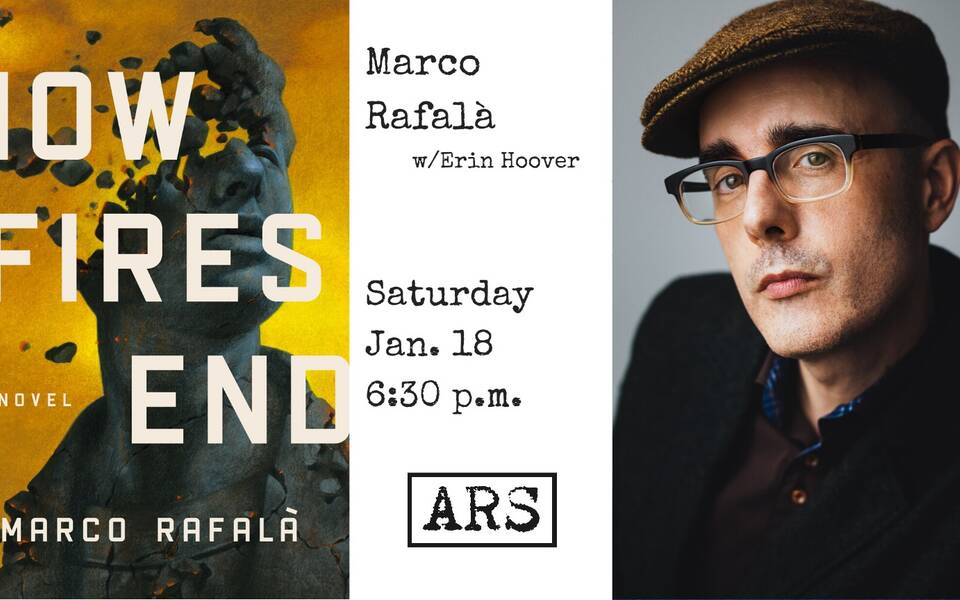 Marco Rafalà is a first-generation Sicilian American novelist, musician, and writer for award-winning tabletop role-playing games. He earned his MFA in Fiction from The New School and is a cocurator of the Guerrilla Lit Reading Series in New York City. Born in Middletown, Connecticut, he now lives in Brooklyn, New York. How Fires End is his debut novel. For more information, visit http://www.marcorafala.com. ( View On Facebook )

Erin Hoover is the author of Barnburner (Elixir Press, 2018), winner of a Florida Book Award in Poetry. Her poems have appeared in The Best American Poetry, Best New Poets, and in journals such as Prairie Schooner, Narrative, Alaska Quarterly Review, and Pleiades. Hoover has served as past editor of the Southeast Review and volunteer for VIDA: Women in Literary Arts. She currently lives in Arkansas and teaches at Hendrix College as the Murphy Visiting Fellow in Poetry. Visit her website at http://www.erinhooverpoet.com. ( View On Facebook )

ABOUT ARGENTA READING SERIES
The Argenta Reading Series seeks to connect writers directly with their audience, to appreciate the written word, and understand better the person behind those words. Readings are monthly, in the Argenta United Methodist Church meeting space, and admission is free at all readings unless otherwise noted, though the series is supported by your donations and through a partnership with the William F. Laman Public Library ( View On Facebook ) of North Little Rock.