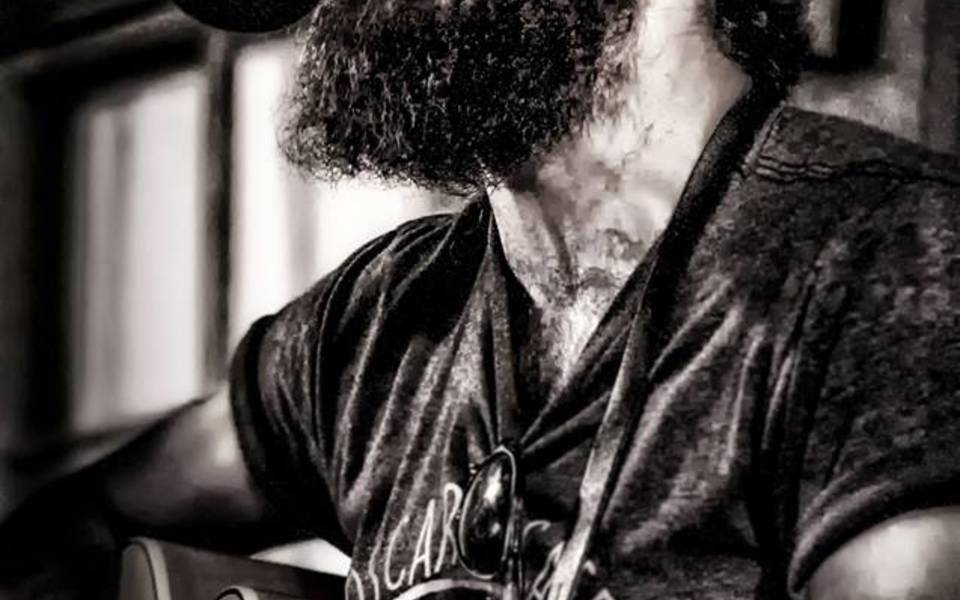 $7 Cover
Chucky Waggs is a multi-instrumentalist, singer/ songwriter based out of the hills of Eureka Springs, AR. Chucky Waggs plays a mix of guitar, banjo, harmonica, and kazoo, all while using his feet to stomp out the back beat on a thrown together drum kit. Drawing influences from early American roots music, as well as early punk and rock and roll, he’s often joined on stage by numerous accompanying musicians to add to the energy and dynamic of his original material, as well as some early American folk songs. The result ranges from intimate, often humorous, folk ballads, to all out rowdy stomp alongs.
Chucky Waggs ( Charles Adam Wagner) got his musical start playing in basement punk rock bands. Drawn in by the D.I.Y. approach to the performances, as well as the energy and simplicity behind the music, he eventually found an appreciation for early American blues, and jugband songs, as well as early country, folk and bluegrass for ,what he sees, as a similar energy and simple natured approach.
Over the last ten years, Chucky Waggs has traveled the country playing music based in these forms of Americana in acts such as The Broke Strang Band and Mountain Sprout, all the while writing and recording his own original material. His debut album “company of raggs” is a compilation of D.I.Y. recordings featuring accompaniment by, “Anyone who was around and wanted to record some songs.” ‘Company of Raggs’ is a simple showcase of Chucky Waggs’ songwriting ability as well as his variation in style.
His second full length stdio album ‘Low Road Ramble’ has a more cohesive approach to songwriting with an emphasis on performance. It maintains the intimacy, and the sense of humor of his first release, ‘company of raggs’ while including more of the style and the energy of a live show.
“Chucky Waggs’ most recent full length studio album “Junkyard Charlie” continues where his first two releases left off. Keeping with the usual DIY approach, Chucky Waggs composed, performed and recorded the vast majority of the instrumental parts on this album with accompaniment by two members of the musical community which has come to make up the “Company of Raggs” band. The musical style on “Junkyard Charlie” is more rooted in early 20th century stringband/jugband music than it is modern folk or country. With songwriting and story telling that is at once as sincere as it is tongue and cheek and as modern as it is timeless, “Junkyard Charlie” stands to resonate with long time fans and offer something to new comers which is rooted in the familiar yet approached in a way unique to Chucky Waggs’ style.”
Chucky Waggs draws from simple forms of music, with a timeless approach which stays unique to his own voice and style. He is a working musician who has been, and will continue to, write, record, travel and perform for anyone who wishes to listen.