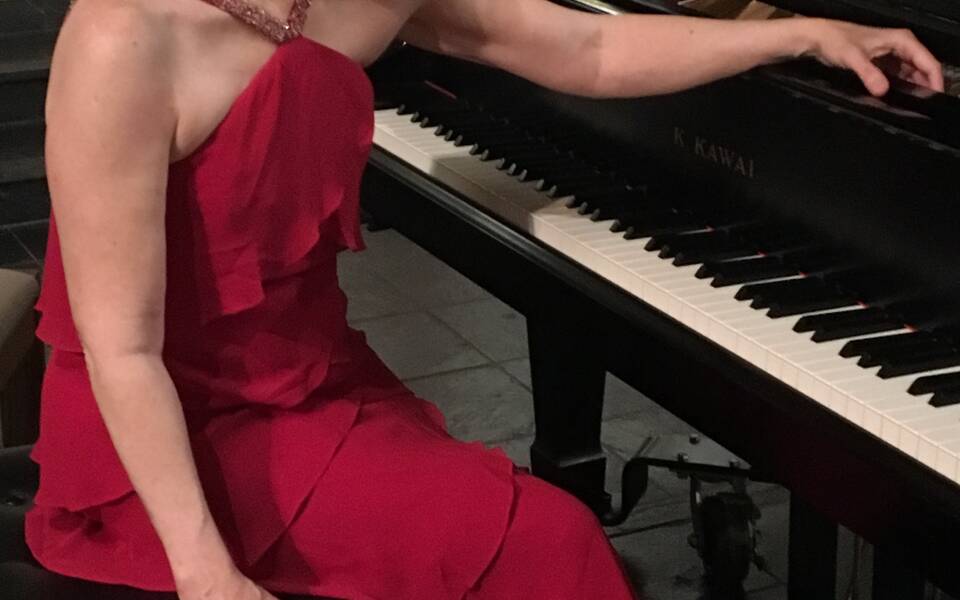 Festival of the Senses, the free performing arts series created and sponsored by Saint Luke’s Episcopal Church in North Little Rock, will present a program of Brahms and Beethoven played by ARmusica—pianist Julie Cheek and violinist Andrew Irvin—with cellist David Gerstein and violist Ryan Mooney on Tuesday, March 10, at 7:00 p.m.
The church is located at 4106 JFK Boulevard on the edge of Park Hill. The concert in the church sanctuary will be followed by a reception in the parish hall to meet and greet the artists.

The Brahms Piano Quartet in G Minor (Opus 25) in four movements, which premiered in 1861 with Clara Schumann at the keyboard, is one of Romantic composer Johannes Brahms’s four piano quartets. A piano virtuoso himself, Brahms is revered as one of classical music’s Three Bs, together with Ludwig von Beethoven and Johann Sebastian Bach. Beethoven, who was not only a pianist but also played the viola, wrote the Eyeglasses Duo in Vienna circa 1796 to play with a lifelong friend and fellow bachelor, a talented amateur cellist and composer whom he had teased for his “short-sightedness,” which may explain its name.
Little Rock native and ARmusica cofounder Julie Cheek recently returned from South America after her latest voyage as an entertainer aboard Silversea Cruises. She made her professional debut with the Arkansas Chamber Orchestra at 14 and has had an illustrious career as a piano soloist with the Arkansas Symphony (ASO) and other major orchestras throughout the U.S. and Europe. She has taught at UALR, the University of Colorado, Interlochen, and Vienna’s Hochschule, and continues to teach privately.

ASO concertmaster and ARmusica cofounder Andrew Irvin has played his 1765 Gagliano violin in concerts across the U.S. and Europe. He often performs with Opera in the Rock, and in November he served as substitute concertmaster for the Opera Omaha production of “Madama Butterfly.” He plays in the Camino Trio, teaches privately, is a mentor for the Hot Springs Music Festival, and has recorded on the Potenza and Naxos labels.

David Gerstein, the ASO’s principal cellist and frequent soloist, plays in the Quapaw String Quartet and is the founder of the Razorback Cello Quartet. A graduate of the Eastman School of Music and
Rice University, he has taught at the University of Arkansas in Little Rock and Pine Bluff and at the
University of Central Arkansas and is a co-artistic director of the East-West Virtuosi in Ashland,
Oregon, every summer. He has played under the batons of such renowned conductors as James
Levine, Bernard Haitink, and Rafael Fruhbeck de Burgos and frequently collaborates with
contemporary composers.

Ryan Mooney Is a former member of the Quapaw Quartet who has often played with the ASO.
He began playing violin at age four and studied viola at the San Francisco Conservatory of Music.
He has a large studio of violin and viola students and also teaches at the Community School of the
Arts at the University of Central Arkansas in Conway. A frequent attendee of music festivals
including Roundtop, Tanglewood, and Jacob’s Pillow, he performed in Carnegie Hall and on tour
through central Asia as a fellow of the Carnegie Hall exchange program.

FESTIVAL of the SENSES
A gift of the arts to the community to   entertain, enlighten, and inspire, Festival of the Senses is the
only year-long performing arts series of its kind in North Little Rock and one of the few in central
Arkansas that is free and open to the public. Over the last decade, it has presented some 70
performances by distinguished local and regional musicians, actors, dancers, comedians, and other
artists in a wide range of styles and genres. A complete schedule for the current season is always
available on the St. Luke’s website at http://www.stlukeepiscopal.org/.