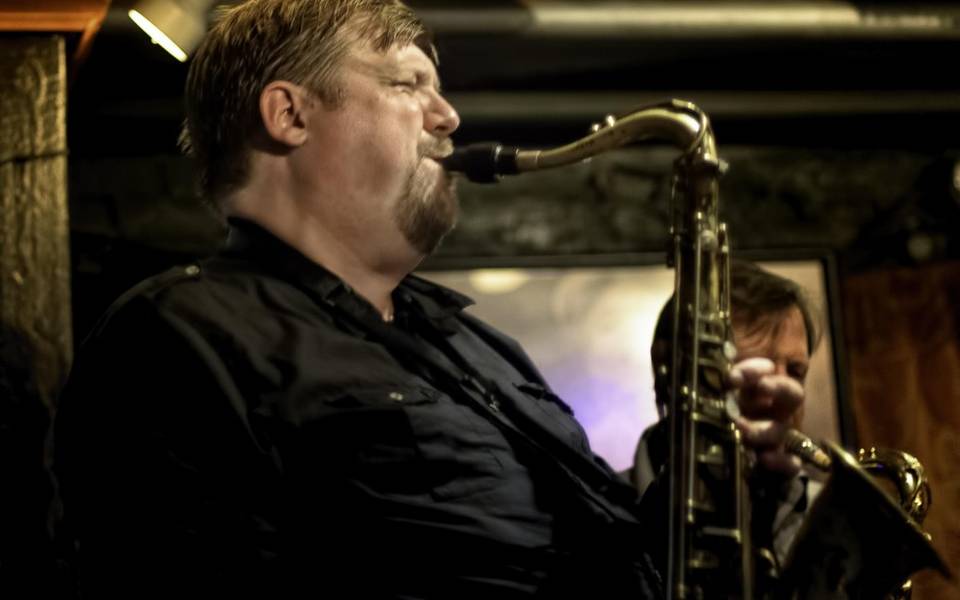 
Joel Frahm will perform in the “Jazz at The Joint” series at The Joint Theater & Coffeehouse in North Little Rock on March 9, 2020.
For nearly 30 years, Joel Frahm has lived in New York City, working in jazz clubs, collaborating with other musicians, and honing his craft. His bold, inventive tenor sound has won fans in the U.S. and across the world.