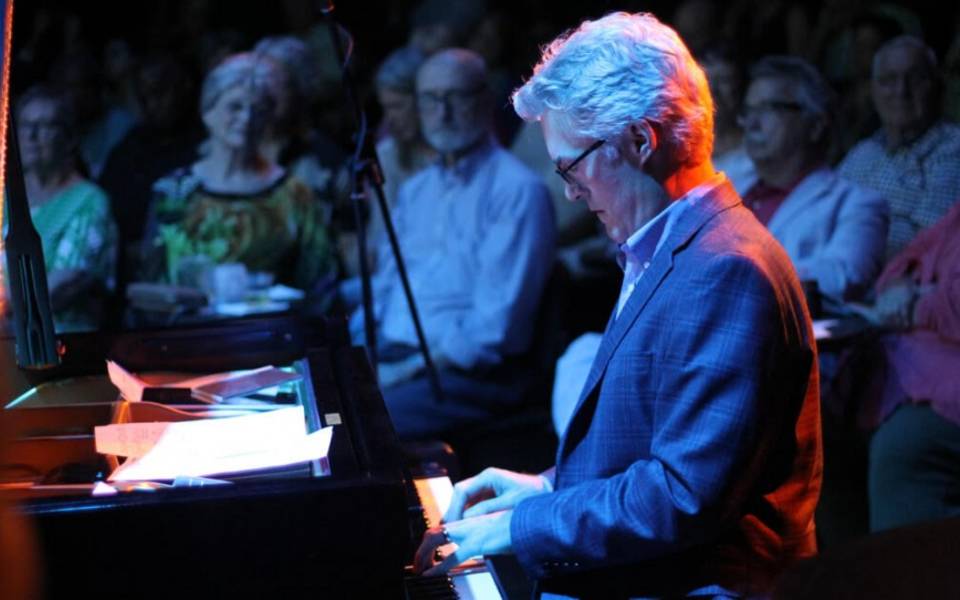 
Victor Atkins will perform in the “Jazz at The Joint” series at The Joint Theater & Coffeehouse in North Little Rock on November 9, 2020.
Victor “Red” Atkins is known for being a “powerful and unconventional” piano player. Victor is a native of Selma, Alabama and currently lives in New Orleans, Louisiana. Atkins had an early start with jazz as his father loved Charlie Parker. At home he learned how to appreciate music and develop an ear for more complex music.
He began his professional career on Delfeayo Marsalis’ “Pontius Pilate’s Decision” record. After recording he moved on to be a professional pianist alongside many notable musicians such as Elvin Jones, Mark Whitfield, Nnenna Freelon, Joshua Redman, Wynton Marsalis, and Leroy Jones. Subsequently he returned to school to finish his Masters at the Manhattan school of Music. He was inducted into the Alabama Jazz Hall of Fame in 1998. Atkins is well-known for his work with Grammy-winning, New Orleans-based Los Hombres Calientes as well as his re-working of Duke Ellington’s “Such Sweet Thunder,” a tribute to William Shakespeare.
Not only is Victor Atkins a professional musician but also a tenured professor at the University of New Orleans, where he teaches theory, composition, jazz keyboard, and applied piano. He also works with the New Orleans Jazz Orchestra on compositions, and has played with them numerous times. Victor Atkins credits Donald Brown as his mentor. His studies with him had the largest impact, and it is when he developed a sincere appreciation for jazz.
He currently says that Horace Silver is his favorite professional pianist. Victor Atkins says that he is looking forward to The JAZZ ROOM and playing Horace Silver. “He’s a recognized musician and arranger. Horace covered a lot of ground and came along at an important time in history and music. His writing was impeccable and his playing is recognizable; both of which draw from a very sincere place. He had a unique way of combining hard bop and soul…most people wouldn’t marry the two well… Horace Silver is an essential piece of American music history.”   While he is here he will concentrate on quintet arrangements, and says “it will be party.” Victor is looking forward to The JAZZ ROOM audience experiencing music he calls “accessible, but so incredibly melodic, sophisticated, and complex.”