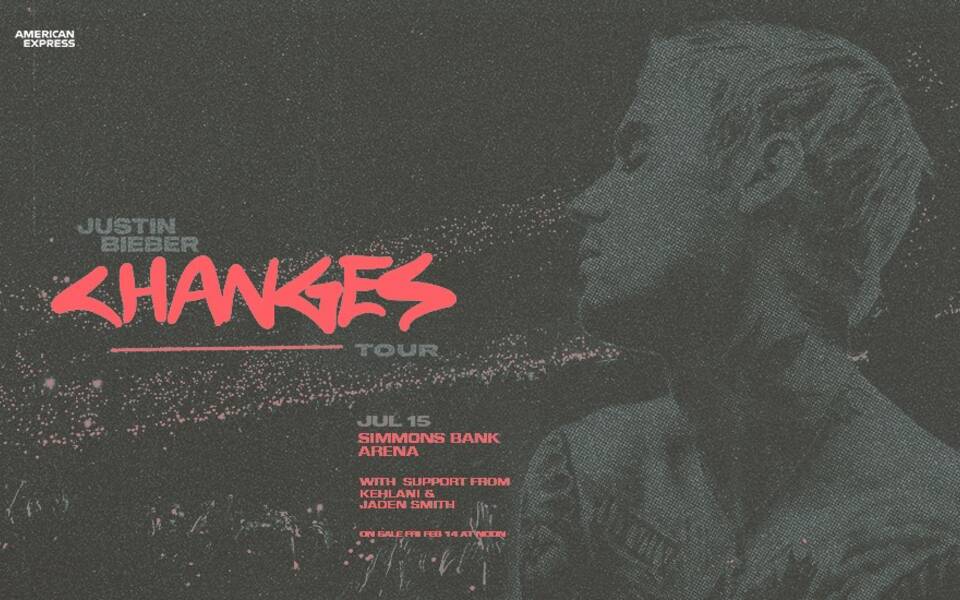 JUSTIN BIEBER ANNOUNCES 5th STUDIO ALBUM, CHANGES, SET FOR FEBRUARY 14th RELEASE
CHANGES TOUR— PRESENTED BY T-MOBILE— comes to North Little Rock WITH SPECIAL GUESTS KEHLANI &amp; JADEN SMITH
Grammy Award®-winning global superstar Justin Bieber, announced today his 5th studio album CHANGES will arrive February 14th, via RBMG/Def Jam Recordings, along with the official public on-sale for tickets to the Changes Tour, presented by T-Mobile with special guests Kehlani and Jaden Smith. The tour, promoted by AEG Presents, kicks off in Seattle at the CenturyLink Field on Thursday, May 14th. Tickets for the tour go on sale to the general public beginning Friday, February 14th at Noon local time at http://justinbiebermusic.com/.
CHANGES – already receiving early buzz as “futuristic R&amp;B/pop,” “trap-soul jams,” and “a new vocal plateau” – is available now for pre-order/presave ( https://justinbieber.lnk.to/Changes ) with the new track “Get Me” featuring Kehlani, and will be released to all DSP partners on February 14th. Special collectors-edition CD’s will be available at Target, where each CD will contain one of two exclusive fold-out posters.