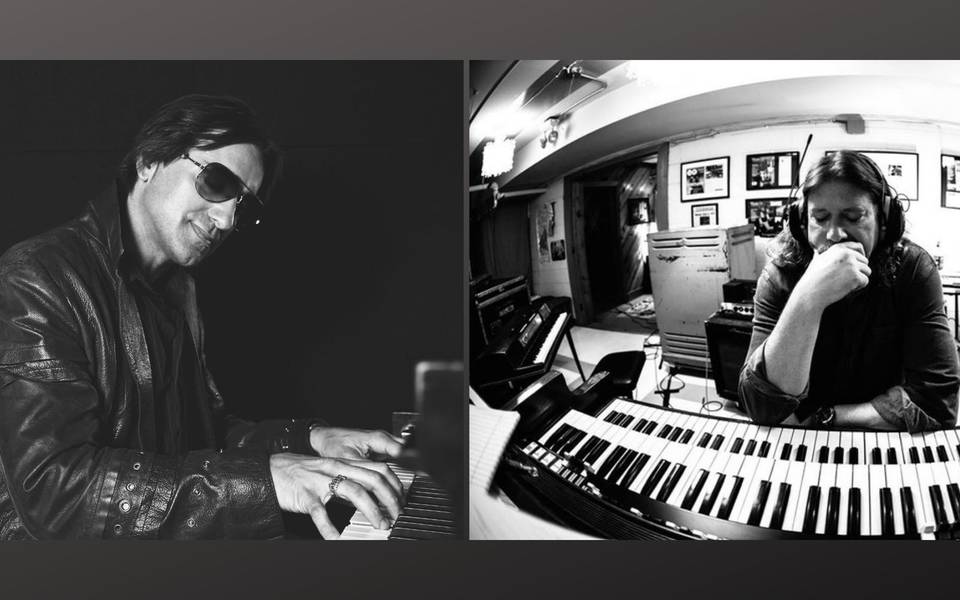 
When the author’s of such hit songs as, “I Don’t’ Have To Be Me Til Monday” and “It’s 5 O’clock Somewhere” come together on one stage you know it’s gonna be a heck of a night of music. Steve’s guest on the Storyteller’s Series #3 at the Joint is Arkansas Entertainer’s Hall of Fame member the great Jim “Moose” Brown, fresh off another tour with Bob Seger.
General Admission Pre-Sale Tickets – $50/person plus fees Ticket Price at the Door $60/person First 40 tickets sold get reserved seating!
JIM “MOOSE” BROWN Jim “Moose” Brown has had a very diverse career, playing on over 25 #1 country singles and recording with a wide range of artists as a session musician. He won the Academy of Country Music Award for Piano/Keyboard player of the Year in 2015 and 2017. Moose tours and records with Bob Seger and is a member of the Silver Bullet Band. As a songwriter Moose won the Grammy award for Best Country Song for co-writing “It’s Five O’clock Somewhere”, and he has had songs recorded by Martina McBride, Jamey Johnson, John Schneider, Tyler Farr, Darryl Worley, David Allen Coe, James Otto, Julie Roberts, Ronnie Milsap, Joe Nichols, and others. As a record producer Moose co-produced Daryl Worley’s top 10 single “Sounds Like Life To Me” as well as the critically acclaimed album by Jamey Johnson “That Lonesome Song” which features the ACM and CMA Song of the Year “In Color”. The Platinum selling album was nominated at the Grammys, ACMs and CMAs for Album of the Year. Moose also co-produced Jamey’s certified Gold double album “The Guitar Song”, which was also grammy nominated for best country album. Moose played on the movie soundtracks of “Varsity Blues”, “Country Strong”, ”Cars, and Cars 2”. Jim “Moose” Brown was inducted into the Arkansas Entertainer’s Hall of Fame in 2010.
Steve Azar • Three chart topping #1 music videos • BMI Three-Million Broadcasts award • “I Don’t Have to Me ‘til Monday” is one of the top 5 most played country songs since year 2000 • In Oct 2019, Steve Azar received his own Country Music Trail Marker in his hometown of Greenville, Mississippi along with other recipients Johnny Cash, Jerry Lee Lewis, Marty Gamblin and Jimmy Rodgers. • “Oprah’s 2011 Top Things to buy at Christmas” list, featured Azar’s album “Slide On Over Here” • Taylor Swift was quoted in People Magazine that Azar’s “Sunshine” was her favorite song • The #1 video for “Waitin’ on Joe” featured academy award winner Morgan Freeman • Bob Seger personally chose Azar for his Face The Promise Tour, Pollstar’s #1 tour of the year • Named as the Music & Culture Ambassador of Mississippi by Governor Phil Bryant • Hosts his own radio show and podcast called “In a Mississippi Minute” on Supertalk MS • 2018 Recipient of Mississippi Arts Commission’s Governor’s Choice Award • Azar has his own day in both Mississippi and South Dakota • Azar has released 6 critically acclaimed studio albums • Azar has penned songs for artist such as Reba McEntire, Danny Gokey and many others • Steve wrote, recorded and performed the official song for the 2015 Alpine World Ski Championships • Has had penned and recorded feature songs in major motion films, Mall Cop 2 and Here Comes the Boom • Co-Founder of Ride Records • Co-founded The Steve Azar Saint Cecilia Foundation in 2006 and The Delta Soul Celebrity Golf & Charity Event in 2012 which has donated almost “one million dollars” to various art programs and supported many scholarship recipients emphasizing and promoting the arts in the Mississippi Delta • Co-founded the multiple award winning Mighty Mississippi Music Festival in 2013 • Has been ranked numerous times by Golf Digest as one of the top 5 best musician golfers • His latest project, “Steve Azar & The Kings Men’s Down At The Liquor Store, includes band mates of B.B. King, Elvis Presley and other musical Kings. The feature documentary, “Something In The Water”, which chronicles the making of the record in Legendary Club Ebony in Indianola, Ms. The film was released in August of 2018 on Stingray/Qello and GoUSA Channels. • Named to the 2019 Class of Mississippi Top 50 in the Business, Media and Culture Category #MSTop50 ( View On Facebook ) • In 2019, co-founded the Mockingbird Music Series – A bi-monthly musical dinner series in Greenville, Oxford and Hernando Mississippi featuring intimate performances with some of Nashville’s best and prolific award winning songwriters, telling the stories behind their hits and performing them as originally written.