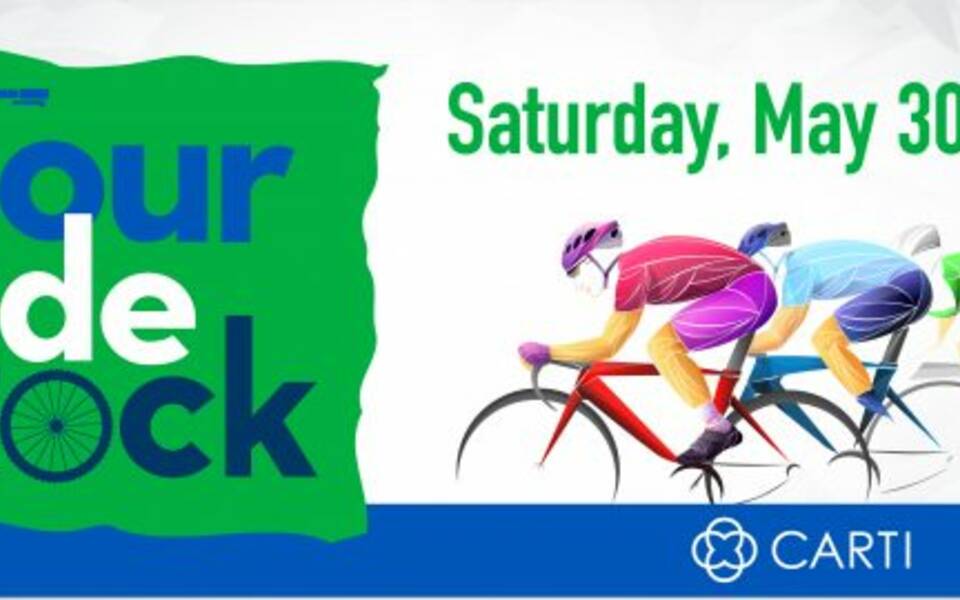 CARTI’s Tour de Rock is one of Arkansas’ largest cycling events and is considered the fastest Century Ride in the South. Now in its 17th year Tour de Rock attracts cyclists from all over the southern region. Riders choose from one of four pancake-flat routes that wind through Central Arkansas. TDR is a well-supported ride with plenty of rest stops and an after-party with music, exhibitors, great food and beer garden.
What: Four pancake-flat 25, 50, 62, and 100 mile routes through Central Arkansas.

Who: Over 1,000 cyclists from Arkansas and beyond

Where: Route begins and ends on Riverfront Drive and Brother Paul Drive in N. Little Rock. After party at Heifer International Pavilion.

Why: To fight cancer and help CARTI deliver the most advanced forms of cancer care. Chances are you’ve been impacted by cancer. CARTI’s Tour de Rock is an opportunity to honor the ones who’ve fought the battle. Who will you ride for?
For more information on Tour de Rock, please contact Jennifer Selig at (501) 296-3428 or Jennifer.selig@carti.com ( email ).